Have you heard of Brown v. Board of Education? It probably tickles something in your mind because it was the landmark 1954 Supreme Court decision that forced the federal, state, and local governments to open public schools to all children. The Justice System ruled that separate was, in fact, not equal.

Many of us learned about Brown v. Board during a U.S. history course. But the vast majority of us didn’t know there was more to the story. We learned about Brown v. Board as if it solved education inequity in one fell swoop. However, despite the 1954 ruling, the fight for school desegregation went into the 1970s and was a main pillar of the 1960s Civil Rights Movement.

Just earlier this year, my grandmother, who I’m named after, told me what it was like to be escorted to school by the National Guard in Norfolk, Virginia. But this was just the first step. And we still have work to do.

What Does Educational Equity Mean?

“Educational equity means that all students are getting what they uniquely need to be successful,” Jordann Lankford-Forster (Bright Trail Woman) told me. I couldn’t put it any better than that. This is different from educational equality, which is what Google keeps telling me I should use instead of educational “equity.”

According to the National School Boards Association (NSBA), educational equality means that “students are all treated the same and have access to similar resources.” There’s a difference there, no matter what my spell checker thinks. I also challenge you to consider whether or not you can have true educational equality without educational equity.

When students in Baltimore are freezing in their classrooms, and students in Detroit deal with mold and rodents, how can anyone believe that we’ve achieved an equal or equitable public school system?

“Marginalized groups have historically been impacted by inequities which have resulted in negative generational cycles that are difficult to overcome,” Jordann explains. She runs Bright Trail Education, a dropout prevention program for high school American Indian students and provides curriculum, content, and diversity training to educators and community members. So this is a problem she’s made it her mission to tackle.

Funding Is The Clearest Measure of Educational Inequity

Public schools are largely funded by local and state tax dollars. Lower income districts have less tax dollars to work with than wealthier school districts. This perpetuates the cycles that Jordann mentioned.

In a NSBA research report, they noted that the nation’s high schools aren’t able to offer higher level math and science courses. And yet people wonder about the lower representation of marginalized groups in STEM occupations?

For serious change, we need to consider an equitable distribution of school funding based on need. With more funding, lower-income school districts could offer higher-level courses and provide better training to their teachers.

Educational Equity Opens The Door to a Better Future

When we create an equitable education system, we improve future outcomes for all of our nation’s children. Not just a lucky segment who live in the right school district. Their improved outcomes translate to a more talented domestic workforce with higher income potential.

Jordann is a speaker for the Culturally Competent Conversation for Equity and Belongingness (C3EB) Summit on August 26-28th, 2020. 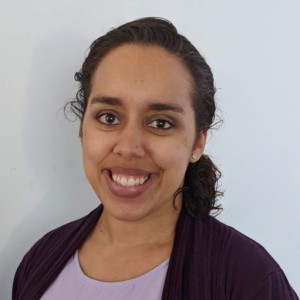